Can I dance forró in Rio?

Is Forró a partner or solo dance?

Yes! You can find many places to dance forró in Rio! As one of the most popular dances in Brazil, Forró is a dance that every Brazilian knows. Unlike traditional samba, which is danced alone, Forró is a partner dance. If you come to Brazil without a dancing partner, do not worry. Forró is a dance for everyone. As history says, it is FOR ALL. 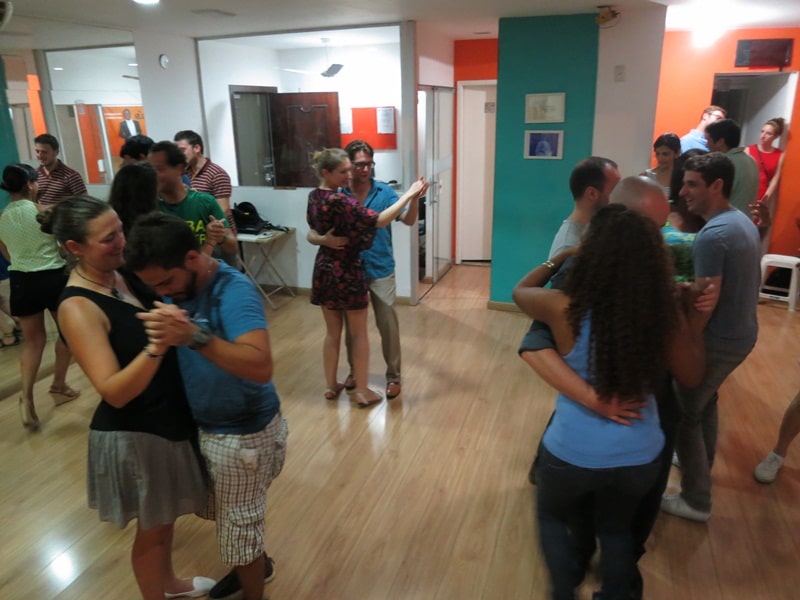 Nowadays, Forró’s easy steps and catchy tunes make it a popular choice among Brazilian dancers. It can be found in bars, nightclubs, and really any place where music is playing.

Forró around the world.

Forró dancing is enjoyed by many people around the world, most notably in Europe where there are numerous festivals held throughout the summer months (June to September). Our classes give you the chance to learn or improve your forró dancing, and booking a private class is an option.

In our samba class, we give attendees a little taste of forró so that they can enjoy their time in Brazil even more, especially when they go out at night. This makes for more fun and enjoyable experience.

History of Forró in Rio.

The history of Forró in Rio is shrouded in mystery. Some say that the name “forró” is a derivative of the English phrase “for all.” According to this theory, forró originated in the colonial era when Brazil was inhabited by Africans, Europeans, Americans, and local people. Every week, these diverse groups would come together for a dance party open to all (regardless of nationality). The local people used to say: "Let’s go to this party! It’s for all.” So, English-speaking people understood the dance to be called Forro.

Another story dates back to the early 1900s. During this time, English engineers working on the Great Western Railway of Brazil would throw balls for the railroad personnel. These balls were open to the public “for all”. In a classic game of telephone with Portuguese speakers, the name of the dance became “Forró.”

Where can I dance Forro in Rio?

When visiting Rio, learning the basics of Forró will make it much easier for you to enjoy Rio’s nightlife. If you’re on your honeymoon in Rio or a couple’s vacation, Forró is a fun and intimate way to experience Brazilian culture. If you’re single or traveling with friends, you’ll be inviting others to dance Forró and make local friends before you know it!

There is a place to dance Forró every day in Rio, but for the most updated venues, it's best to search when you are in Brazil. Just search: ("onde dançar Forro Hoje"). Girls traveling alone can go to forró by themselves.

Join us for a fun forró experience in Rio. Every Wednesday.

Choose your Experience and have fun!

BOOK NOW
We use essential cookies and similar technologies in accordance with our Privacy Policy and by continuing to browse, you agree to these conditions.
Accept
Manage consent

This website uses cookies to improve your experience while you navigate through the website. Out of these, the cookies that are categorized as necessary are stored on your browser as they are essential for the working of basic functionalities of the website. We also use third-party cookies that help us analyze and understand how you use this website. These cookies will be stored in your browser only with your consent. You also have the option to opt-out of these cookies. But opting out of some of these cookies may affect your browsing experience.
Necessary Always Enabled
Necessary cookies are absolutely essential for the website to function properly. These cookies ensure basic functionalities and security features of the website, anonymously.
Functional
Functional cookies help to perform certain functionalities like sharing the content of the website on social media platforms, collect feedbacks, and other third-party features.
Performance
Performance cookies are used to understand and analyze the key performance indexes of the website which helps in delivering a better user experience for the visitors.
Analytics
Analytical cookies are used to understand how visitors interact with the website. These cookies help provide information on metrics the number of visitors, bounce rate, traffic source, etc.
Advertisement
Advertisement cookies are used to provide visitors with relevant ads and marketing campaigns. These cookies track visitors across websites and collect information to provide customized ads.
Others
Other uncategorized cookies are those that are being analyzed and have not been classified into a category as yet.
SAVE & ACCEPT

Zulu
Open chat
1
Powered by
Are you ready to have fun in Rio?